Split infinitives, sloppy reported speech and the incorrect use of collective nouns - they all generate complaints from often infuriated readers and listeners. 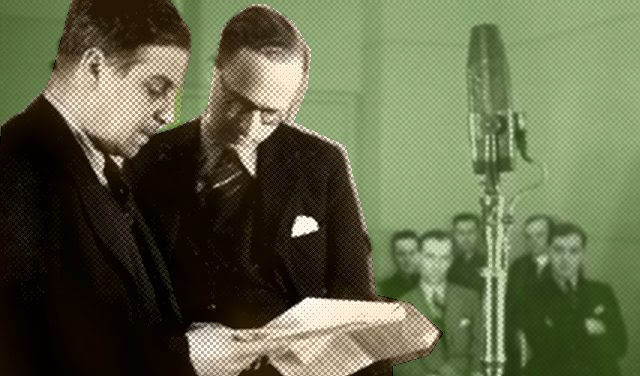 Grammar sounds dry but it matters to journalists and audiences because bad grammar can affect meaning.
Confuse your reader or listener and you might drive them away. You will certainly drive some of them mad.
For instance, whose guilt is in question below?
“If found guilty, the Football Association could fine the Arsenal players.”
You might not need to know that this construction is called a ‘dangling modifier’. But you need to make sure that the something to be modified is right next to that opening phrase.
This is much clearer: ‘If the Arsenal players are found guilty, the Football Association could fine members of the team.’
If listeners or readers have to pause and check parts of your sentence to work out exactly what you mean, you have lost them.
Here are a few reminders of grammar basics that can make your writing more effective: Active versus passive
News is about people doing things. Activity is interesting, clear and direct. Which of these intros makes you sit up and take notice?
“There were riots in several towns in Northern England last night, in which police clashed with stone-throwing youths.”
“Youths throwing stones clashed with police during riots in several towns in Northern England last night.”
The second has much more impact and vitality. It helps the listener to imagine what went on.
The distinction is simple:
Active voice - A does B
Passive voice - B is done (usually by A)
Of course there are times when passive is better.
Active: A rhinoceros trampled on Prince Charming at a safari park today.
Passive: Prince Charming was trampled on by a rhinoceros at a safari park today.
The prince is the focus of the story here, not the rhino. So you want that royal name at the beginning of the sentence.

"If listeners or readers have to pause and check your sentence, you’ve lost them"

Collective nouns
The rule here is that there are not any - collective nouns can be singular or plural.
But you should be consistent. If in doubt, do what comes naturally.
It feels more natural to write “The committee park their cars in the field” than “The committee parks its cars.” Here the committee is acting as a single group of separate people; not jointly parking cars.
Similarly, “The Cabinet are discussing education” (it takes more than one to have a discussion) but “The Cabinet is determined to push through the changes” (members acting together). Singulars and plurals do not mix. So “The jury was out for three hours before they reached their verdict” is to be avoided.
And, as a rule, sports teams are treated as plural. “Manchester United have extended their lead at the top of the table”, and “Ireland are expected to beat France.” Reported speech
Otherwise known as indirect speech, this is reporting what someone has said without quoting them directly.
It is a useful device and can sound conversational. The thing to be aware of is that if the ‘said’ word (‘claimed’, ‘insisted’) is in the past tense, the verb in the reported speech must be changed.
It is about more than style; it is about meaning - and avoiding confusing audiences. Split infinitives
There is nothing set in stone to say you cannot split infinitives - ‘to boldly go’ where most writers have long gone before. That does not stop some readers and listeners from complaining passionately when journalists do.
But there are times when it is clearly better to split.
‘Can banks ever hope to fully recover their share values?’ This is much better than moving ‘fully’ in front of ‘to recover’ or behind it.
An example like this is closer to the way people speak and is a more comfortable read.
BBC News style guide: Grammar, spelling, punctuation
The College of Journalism offers face-to-face and online courses for BBC staff: Online Production TV & Radio Production
BBC training is available to non-BBC staff on a commercial basis.
Share this page