BBC journalists need to not only get the objective, verifiable ‘facts’ right but accurately report the opinions expressed by those who they report. Senior editors talk about the daily challenge of ensuring every report and programme is accurate and truthful. 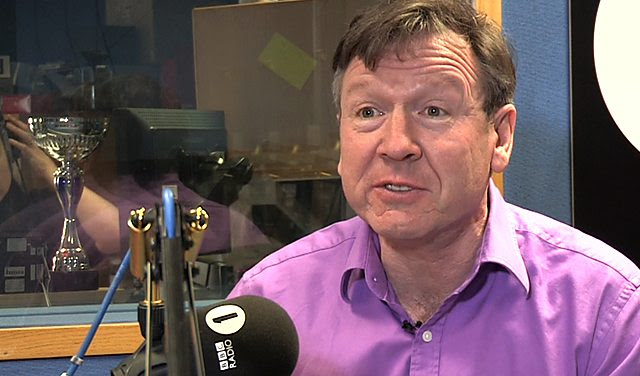 
You have an implied contract with your audiences. You’re asking them to trust you to check that what you’re saying is true and that your overall account isn’t misleading.
At times you may be asking members of the audience to share their experience or expertise with you through social media. You, as the journalist, are the curator of the news and information gathered and shared in this way and you have a responsibility not to mislead.
The BBC’s Editorial Guidelines set out the principles and practices that cover the Corporation’s commitment to due accuracy. They also explain that the term ‘due’ means there is no absolute test of accuracy; it can mean different things depending on the subject and nature of the output, and the expectations and understanding of the audience.
Accuracy isn’t the same as truth - it’s possible to give an entirely accurate account of an untruth.

Fact and opinion
Traditionally, journalism is said to distinguish ‘fact’ from ‘opinion’. To the extent that the distinction remains - or ever existed - it’s one that captures the two main traditions of journalism that go back centuries. There’s the journalism of verification and the journalism of advocacy. Both are valid but each serves a different role from the other.
Accuracy and verification
Whatever your view is on ‘truth’ and the line between ‘fact’ and ‘opinion’, accuracy is a simple enough idea.
Accuracy means not only getting the objectively verifiable ‘facts’ right - names, places, dates of birth, quotes, the results of sporting fixtures - but accurately reporting opinions expressed by those who you report.
So, if you write or say ‘the Mayor of London told an audience of tourism professionals that London is the artistic and cultural powerhouse of the UK’, you have two possible levels of inaccuracy. It’s possible the verifiable ‘facts’ are wrong and that you’ve misreported the opinion expressed.
Is the ‘Mayor of London’ the correct title? Are you sure it wasn’t the Lord Mayor of London?
Have you checked they actually did deliver the speech and that you haven’t just got the hand-out or the press release?
Journalists can get simple facts like this wrong - yet doing so is the quickest and surest way to undermine trust and your own reputation.
The same principle extends to reporting the opinion expressed in the speech.
Accuracy in reporting opinion exists on two levels:
It’s never acceptable to remove a significant qualification from a quote or to place it in a different context.
Or you may be working with members of your audience through social networking. You may be asking them to lend you their experience and expertise. It’s not enough to argue that the socially networked information you use as a journalist is ‘authentic’ and therefore the ‘truth’ of it doesn’t matter, or matters less.
Taking notes
Accurate, reliable - and whenever possible contemporaneous - notes are essential.
The accuracy of your notes isn’t limited to recording verbatim what a speaker says. Depending on how you intend to use your notes, you will need to make sure you also record:
It’s important to keep records of research, including written and electronic correspondence, background notes and other documents. Make sure they’re clear and accurate and keep them somewhere safe.
Much of a journalist’s raw material is now recorded, broadcast, tweeted or posted on the internet. This of course means that not only can you check the accuracy of what you’re reporting but people in the audience can too.
It also means that, where the raw material isn’t openly available to everyone, you are asking your audiences to place a very high level of trust in you and your ability to record accurately and report what happened or what has been said.
Speed and accuracy
Every journalist has to resolve the conflicting demands of speed and accuracy. For the BBC, accuracy is more important than speed.
If you’re working on a breaking news story it’s important to remember the first reports may often be confused and misleading. Eyewitnesses may give you an account of an incident in all good faith but theirs is only one viewpoint and they may be mistaken.
That’s why it’s important to weigh the facts you have, especially when events are unfolding quickly.
Dilemmas
The demands of speed versus accuracy can led to difficult editorial choices - and there may be no right answer.
An important example - much discussed and debated - occurred in London on the morning of 7 July 2005, the day suicide bombers killed 52 people and injured 700 more.
The authorities initially said the incidents on the London Underground were “thought to be power surges”. The BBC, along with other news organisation, reported that. But soon after other outlets, but not the BBC, began to report that the incidents were in fact a series of bombs.
Should the BBC have followed other news organisations? Or was it right to wait until it had verified the reports of bombs itself?
The BBC has a reputation for trustworthiness in times of crisis. What would you have done?
It is always a finely balanced judgment - and the pressures are even greater now that reports spread so rapidly via social media.


The College of Journalism offers face-to-face and online courses for BBC staff:
Editorial Standards
BBC training is available to non-BBC staff on a commercial basis.