Twitter has transformed the business of court reporting by allowing journalists to share information from court faster than ever. Accuracy is crucial. BBC correspondent Dominic Casciani discusses the impact of social media. 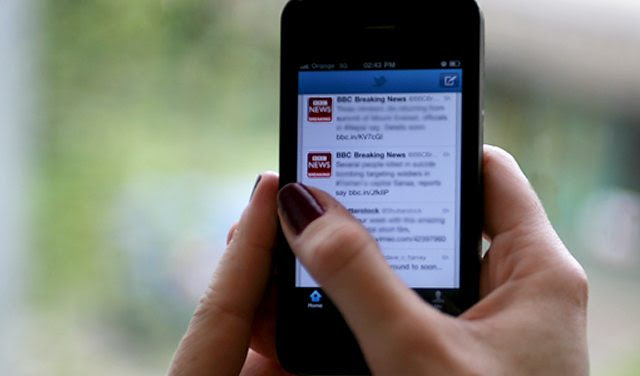 This is a general guide for journalists. It is not a comprehensive account of the law, nor should it be relied upon to make any judgment about the legal aspects of a story. BBC journalists should always take specific advice from the BBC’s legal team.
Every news journalist worth their salt should be familiar with the basics of court reporting: sit quietly in court and accurately note what you hear; at a suitable moment, leave court to write or broadcast your story.
In fact, other than the advent of broadcasting, the trade has remained largely unchanged since the 17th century. If you want to see what I mean, see the digitised court reports of witchcraft trials and hangings-a-plenty at the extraordinary Proceedings of the Old Bailey website.
Justice and the public
In late 2010 the Lord Chief Justice of England and Wales, Lord Judge, sanctioned a tweeting pilot largely to see if it aided public understanding of justice.
Many journalists initially saw the pilot, which covers any form of electronic text communication, in limited terms: they could fire information back to the news desk without having to leave court. There was a benefit too for the court: it meant fewer potential distractions as reporters come and go.
But the power of Twitter as a court-reporting service started to become clear at the end of the inquests into the 7 July London bombings of 2005.
In May 2011 the coroner, Lady Justice Hallett, delivered a comprehensive – and at times very moving – series of verdicts. I tweeted every key quote or line. As I did so I realised that a live online audience was coalescing around my words, waiting for the next tweet to follow. They, in turn, retweeted what I was reporting.
It was a digital version of the pub conversation. Colleagues using Twitter on other big court stories had similar experiences.
Stephen Lawrence trial
But it was the overwhelming public interest in the Stephen Lawrence murder trial which confirmed that live social media reporting was now at the heart of the job.
The trial opened with an application by the prosecution to ban the use of social media out of fear of prejudicial commentary. The following morning, after a BBC challenge, the judge accepted that Twitter was not a means for journalists to comment but a means to report court cases as they happen, informing both the public and their colleagues in the newsroom.
When it came to the verdicts and sentencing of Stephen Lawrence’s murderers, the interest on Twitter was phenomenal. During the sentencing, all of us who were reporting the trial saw new followers flocking to find out more. Each of our feeds also played a wider role, with live broadcasters relaying the tweets to TV and radio audiences – and websites such as the BBC and The Guardian integrating tweets into live pages.
New rules
The Lord Chief Justice has now permanently approved court tweeting, and the courts in Northern Ireland and Scotland are expected to do so soon.
Bona fide reporters do not need permission to communicate from court because it is assumed that their tweets are accurate reports of proceedings, rather than comments suggesting the bloke in the witness box is dodgy.
Judges can still ban tweeting for broadly the same reasons as you would expect them to restrict any form of reporting – where it interferes with justice. There could be cases, for instance, where the judge is concerned that a witness waiting to give evidence may change their story because of what they picked up beforehand.
So, overall, is live text reporting on Twitter or elsewhere a good thing for journalism? I would say yes, but with some important observations and warnings.
Audiences
Twitter allows journalists to share information from court faster than they could through traditional means – it beats hands down any organisation’s news production system. But Twitter’s audiences are still small compared to the BBC’s main outlets. Tweeting should not be at the expense of colleagues producing the main news content. Many news organisation have adopted the principle of ‘share first, tweet second’.
Workload
There are some real questions relating to the potential workload around tweeting and the way journalists traditionally take notes in court. If you tweet everything of importance – as I did during the Lawrence sentencing – it makes it hard to take a full shorthand note.
So, if you need to check something later, you better make sure that your tweets are accurate and reliable. Don’t paraphrase unless it’s clear from your tweet that you have done so and, critically, it does not change the meaning.
Don’t tweet in haste and regret at leisure. Tweets take on a life of their own. You don’t want to be responsible for the incorrect tweet that then needs to be withdrawn.
Followers
What about the social element? Should court reporters reply to their followers?
During Lawrence, I received some tweets written by people who just wanted to have a rant. Others asked legitimate questions about the legal process that I wouldn’t normally have time to explain during a news report.
Just like you would not comment on a case live on air, don’t do so on Twitter.
The College of Journalism offers face-to-face and online courses for BBC staff: Law & Standards
BBC training is available to non-BBC staff on a commercial basis.