From Wikipedia, the free encyclopedia
Jump to: navigation, search
The history of journalism, or the development of the gathering and transmitting of news, spans the growth of technology and trade, marked by the advent of specialized techniques for gathering and disseminating information on a regular basis that has caused, as one history of journalism surmises, the steady increase of "the scope of news available to us and the speed with which it is transmitted."

In ancient and medieval times, scribes functioned as early journalists. Scribes were people who wrote and kept records for their respective cities. They recorded legal proceedings, tax revenue, and even day-to-day occurrences.[1]


Journalism and the printing press

The invention of the movable type printing press by Johannes Gutenberg in 1456, led to the wide dissemination of printed books. The first printed periodical was Mercurius Gallobelgicus; written in Latin, it appeared in 1594 in Cologne, and was distributed widely, even finding its way to readers in England.

In England the first newsbook, the Continuation of Our Weekly News, was published regularly in London after 1623; it appeared in 8- to 24-page quarto formats. The first newspaper was the Oxford Gazette (later the London Gazette, and published continually ever since), which first appeared in 1665. It began publication while the British royal court was in Oxford to avoid the plague in London, and was published twice a week. When the court moved back to London, the publication moved with it. The first daily newspaper, the Daily Courant, appeared in 1702 and continued publication for more than 30 years. Its first editor was also the first woman in journalism, although she was replaced after only a couple of weeks. By this time, the English had adopted the Press Restriction Act, which required that the printer's name and place of publication be included on each printed document.

The first newspaper in France, the Gazette de France, was established in 1632 by the king's physician Theophrastus Renaudot (1586-1653), with the patronage of Louis XIII.[2] All newspapers were subject to prepublication censorship, and served as instruments of propaganda for the monarchy. Jean Loret is considered to be one of France's first journalists. He disseminated the weekly news of Parisian society from 1650 until 1665 in verse, in what he called a gazette burlesque, assembled in three volumes of La Muse historique (1650, 1660, 1665).

In 1768 William Bolts employe of East India Company established his own publishing company and launched a news paper. Therefore Company dismissed him from job, Select comity of Fourt William Counsel force him to first go back to Madras and then back to Inglastan (England).
After William Bolts James Augustus Hicky he was also employe of East India Company and deal with Company Publishing matters like William Bolts.
Hicky firstly resign from company and on 29 January 1778 Launched his news paper named 'Hicky Gazette' in many history writer's opinion its named 'Gazette Bangal' some wrote it 'Kolkata Advertisers'

Further information: History of American newspapers
The first real colonial newspaper was the New England Courant, published as a sideline by printer James Franklin, brother of Benjamin Franklin. Like many other Colonial newspapers, it was aligned with party interests and did not publish balanced content. Ben Franklin was first published in his brother's newspaper, under the pseudonym Silence Dogood, in 1722, and even his brother did not know. Ben Franklin's pseudonymous publishing represented a common practice of newspapers of that time of protecting writers from retribution from those they criticized, often to the point of what would be considered libel today.
Ben Franklin moved to Philadelphia in 1728 and took over the Pennsylvania Gazette the following year. Ben Franklin expanded his business by essentially franchising other printers in other cities, who published their own newspapers. By 1750, 14 weekly newspapers were published in the six largest colonies. The largest and most successful of these could be published up to three times per week.

By the 1770s, 89 newspapers were published in 35 cities. Most papers at the time of the American Revolution were anti-royalist, chiefly because of opposition to the Stamp Act taxing newsprint. Colonial governments could suppress newspapers by denying the stamp or refusing to sell approved paper to the offending publisher.
Newspapers flourished in the new republic — by 1800, there were about 234 being published — and tended to be very partisan about the form of the new federal government, which was shaped by successive Federalist or Republican presidencies. Newspapers directed much abuse toward various politicians, and the eventual duel between Alexander Hamilton and Aaron Burr was fueled by controversy in newspaper pages.
As the 19th century progressed in America, newspapers began functioning more as private businesses with real editors rather than partisan organs, though standards for truth and responsibility were still low. Other than local news, much of the content was copied from other newspapers. In addition to news stories, there might be poetry or fiction, or (especially late in the century) humorous columns."


Rise of prominent newspapers in the U.S.

As American cities like New York, Philadelphia, Boston and Washington grew with the rise of the Industrial Revolution, so did newspapers. Larger printing presses, the telegraph, and other technological innovations allowed newspapers to print thousands of copies, boost circulation, and increase revenue.
The first newspaper to fit the modern definition of a newspaper was the New York Herald, founded in 1835 and published by James Gordon Bennett, Sr.. It was the first newspaper to have city staff covering regular beats and spot news, along with regular business and Wall Street coverage. In 1838 Bennett also organized the first foreign correspondent staff of six men in Europe and assigned domestic correspondents to key cities, including the first reporter to regularly cover Congress.
Not to be outdone was the New York Tribune, which began publishing in 1841 and was edited by Horace Greeley. It was the first newspaper to gain national prominence; by 1861, it shipped thousands of copies daily to other large cities, including 6,000 to Chicago, while other Eastern newspapers published weekly editions for shipment to other cities. Greeley also organized a professional news staff and embarked on frequent publishing crusades for causes he believed in. The Tribune was the first newspaper, in 1886, to use the linotype machine, invented by Ottmar Mergenthaler, which "rapidly increased the speed and accuracy with which type could be set."
The New York Times, now one of the most well-known newspapers in the world, was founded in 1851 by George Jones and Henry Raymond. It established the principle of balanced reporting in high-quality writing. At the time, it did not achieve the circulation and success it now enjoys.[3]

The influence of these large newspapers in New York and other Eastern cities slowly spread to smaller cities and towns, Weekly newspapers gave way to dailies, and competition between newspapers even in small towns became fierce.
In the Midwest and beyond, there was a boom for local newspapers, which remained more focused on local news and services than the larger urban newspapers. Many newspapers flourished during the conquest of the West, as homesteaders were required to publish notices of their land claims in local newspapers. Many of these papers died out after the land rushes ended.


The rise of the wire services

The American Civil War had a profound effect on American journalism. Large newspapers hired war correspondents to cover the battlefields, with more freedom than correspondents today enjoy. These reporters used the new telegraph and expanding railways to move news reports faster to their newspapers. The cost of sending telegraphs helped create a new concise or "tight" style of writing which became the standard for journalism through the next century.
The ever-growing demand for urban newspapers to provide more news led to the organization of the first of the wire services, a cooperative between six large New York City-based newspapers led by David Hale, the publisher of the Journal of Commerce, and James Gordon Bennett, to provide coverage of Europe for all of the papers together. What became the Associated Press received the first cable transmission ever of European news through the trans-Atlantic cable in 1858.

The New York dailies continued to redefine journalism. James Bennett's Herald, for example, didn't just write about the disappearance of David Livingstone in Africa; they sent Henry Stanley to find him, which he did, in Uganda. The success of Stanley's stories prompted Bennett to hire more of what would turn out to be investigative journalists. He also was the first American publisher to bring an American newspaper to Europe by founding the Paris Herald, which was the precursor of the International Herald Tribune.
Charles Anderson Dana of the New York Sun developed the idea of the human interest story and a better definition of news value, including uniqueness of a story.


Era of Hearst and Pulitzer

Further information: Yellow journalism
William Randolph Hearst and Joseph Pulitzer both owned newspaper chains in the American West, and both established papers in New York City: Hearst's New York Journal in 1883 and Pulitzer's New York World in 1896. Their stated missions to defend the public interest, their circulation wars and their embrace of sensational reporting, which spread to many other newspapers, led to the coinage of the phrase "yellow journalism." While the public may have benefitted from the beginnings of "muckraking" journalism, their often excessive coverage of juicy stories with sensational reporting turned many readers against them.
Muckraking journalism continued into the 20th century, led by well-known investigative journalists Lincoln Steffens, Ida Tarbell and Upton Sinclair. Their work exposed the dismal conditions of the Chicago slums and meatpacking industry, the monopolistic practices of the Standard Oil Co. and more.

Further information: Muckraker
Smaller newspapers and magazines engaged in more investigative reporting than the larger dailies, and took greater risks. This gave rise, over time, to an alternative press movement, which today is typified by alternative weekly newspapers like The Village Voice in New York City and The Phoenix in Boston, as well as political magazines like Mother Jones and The Nation.


Rise of the African-American press

Main article: African American newspapers
The rampant and flagrant segregation of and discrimination against African-Americans did not prevent them from founding their own daily and weekly newspapers, especially in urban areas. These newspapers and other publications flourished because of the loyalty their readers had to them. The first black newspaper was called Freedom's Journal, and it was first published on March 16, 1827 by John B. Russworn and Samuel Cornish.

As immigration rose dramatically during the last half of the 19th century, many immigrants published newspapers in their native languages to cater to their fellow expatriates. One good example is the large number of newspapers published in Yiddish for the thousands of Jews who left Eastern Europe.


Birth of broadcasting in the 20th century

Guglielmo Marconi and colleagues in 1901 used a wireless radio transmitter to send a signal from the United States to Europe. By 1907, his invention was in wide use for transatlantic communications.


Impact of the internet

The rapidly growing impact of the Internet, especially after 2000, brought "free" news and classified advertising to audiences that no longer cared for paid subscriptions. The Internet undercut the business model of many daily newspapers. Bankruptcy loomed across the U.S. and did hit such major papers as the Rocky Mountain news (Denver), the Chicago Tribune and the Los Angeles Times, among many others. Chapman and Nuttall find that proposed solutions, such as multiplatforms, paywalls, PR-dominated news gathering, and shrinking staffs have not resolved the challenge. The result, they argue, is that journalism today is characterized by four themes: personalization, globalization, localization, and pauperization.[4] 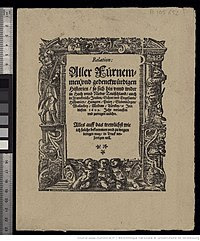 Title page of Carolus' Relation from 1609, the earliest newspaper