From Wikipedia, the free encyclopedia
This article is about the Radha Soami Satsang (Radha Swami Satsang). For Radha Swami Satsang Dinod, see Radha Swami Satsang Dinod . For Radha Soami Satsang Beas, see Radha Soami Satsang Beas . For Radha Soami Satsang TaranTaran, see Radha Soami Satsang TaranTaran.
Radhasoami (Radha Swami) is a philosophical organization originating in 19th century India, and considered by adherents as a true way to attain God realization. The Radhasoami faith is also referred to as Sant Mat, the "Path of the Saints." The word 'Radhasoami' itself is actually a combination of two words: 'Radha' (referring to the soul or spiritual essence, either of an individual or of the whole) and 'Soami' (referring to the spiritual master; cognate to the Sanskrit term swami or svami); the combined word thus refers to the "Lord of the Soul" or God. It also can be interpreted to mean the "Master Soul" or "Spirit Master" who guides the disciple to higher states of consciousness. Like its sister Sant Mat sects, Radhasoami emphasizes the use of listening to inner sound accessed by (mantra/simran), combined with personal loyalty to a given living Master, for devotees to attain desired states of spiritual advancement.
Swami Shiv Dayal Singh was a khatri seth by caste who descended from choora clan, popularly known as Sobly) in Agra. He used to insist that anyone who chose to follow him must give up non-vegetarian food, abstain from alcohol and intoxicants, lead a high moral life and engage in over two hours of shabd yoga (sound-current yoga) meditation per day.
In the mid 1850s, Swamiji Maharaj had a handful of followers in Agra. However, his teachings eventually attracted disciples from across India and by the time of his death in 1878, Swamiji had several thousands of followers. He died on 15 June 1878 in Agra, India.
Soamiji's wife Radhaji, Rai Salig Ram, Sanmukh Das, Gharib Das, Partap Singh (Soamiji's younger brother) and Baba Jaimal Singh are some of his prominent followers around whom individual satsang groups formed. This splintering off, led to the propagation of Radhasoami teachings to a wider audience although with slightly varied interpretations.
Baba Jaimal Singh established his satsang on the banks of the river Beas in undivided Punjab. And today this satsang is the most famous of the Radhasoami satsangs across the world. In fact, its followers number more than the followers of the rest of the satsangs put together.
The Central Satsang at Dayalbagh, Agra, is also the home of a private university, DEI, Dayalbagh Educational Institute, deemed a University (1981), which is known for teaching science, engineering, technology, liberal arts, theology, etc., with an influence of systems science.

Radhasoami teachings centre upon a type of meditation practice known as surat shabd yoga. Shabd is referring to a spiritual current which can be perceived in meditation as inner light and sound. Yoga is referring to the uniting of our real essence (soul) through an inner listening with focused mental concentration (surat) upon an inner sound (shabd) which it is maintained emanates from Radhasoami the Supreme Being. It is therefore taught as the unchanging and primordial technique for uniting the soul with the supreme being via the power of Shabd.
Following the practice of meditation under the guidance of a spiritual teacher who is himself in contact with Shabd, is considered of paramount importance.
Pre-requisites for successful achievement of the meditation practice are a lacto-vegetarian diet, abstaining from drugs and alcohol, and maintaining a pure and moral lifestyle. 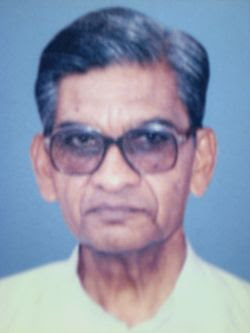 The present leader (Prem Saran Satsangi Ji)
Soamiji Maharaj declared the Satsang open to the public on the Basant Panchami Day, 15th Feb.1861. Since then (now about 150 years) Satsang has grown manifold under His Successor(s) so that the emancipation and salvation of mankind may continue uninterrupted.
Soamiji Maharaj (Shiv Dayal Singh) and His Successors (Living Spiritual Master of time)...present to date, i.e. the concept of Nij Dhar prevails here, meaning that the "Primordial Spirit Current" incarnated as Soamiji Maharaj and then has taken one human form after another taking His s saints including Sufism. "Bhakti Marg" (Path of Devotion) is scientifically the most effacious method for developing spiritual faculties of man and also for the achievement of the object of religion which is generally accepted to be 'Salvation', 'Mokhsa', 'Nirvana', etc.
The Living Spiritual Masters (Sant Satguru) here, have all lived on their own earnings and do not take donations for personal expenses and in fact have donated for charitable purposes from their own pockets/savings. There is also no priest class or caste, creed or race system and neither are there temples.
Guiding ideals are Bhakti (love & devotion), faith, dedication, discipline, humility, modesty/simplicity, austerity and a firm belief in "Fatherhood of God and Brotherhood of Man" made easy of performance in the presence of Sant Satguru without causing any physical discomfort and can be performed easily by young and old and man or woman.
Headquarter at Dayalbagh, Agra (India) is both a spiritual center as well as a University campus with self sufficient civic facilities like residential colonies, schools, hospital, agriculture farms, dairy, etc. in eco-friendly environment. The foundation of Dayalbagh was laid on 20th. January, 1915 on the Basant Panchami Day by planting a mulberry tree near 'Mubarak Kuan' (Holy Well) by Param Guru Sahabji Maharaj.
Halls/colonies are constructed in various other places (branches) also throughout the country for spiritual gatherings and No Proselytizing is permitted.
Foreign centres/branches are active in U.S.A., Canada, U.K., Germany, Singapore, Dubai, Sri Lanka, Nepal, etc. and Groups of followers in other parts of the world are always at help.
Donations from non members are not accepted andfrom initiated members are extremely nominal and not mandatory.
Spiritual Sant Satgurus of Radhasoami Satsang at Dayalbagh:
Param Purush Purandhani Huzur Soamiji Maharaj alias Radhasoami Sahab Sri Shivdayal Singh (24 Aug.1818 to 15 June 1878 A.D.)
Param Guru Huzur Maharaj (Rai Bahadur Saligram) (14 March 1829 to 06 Dec.1898)
Param Guru Maharaj Sahab (Pt. Brahm Shankar Misra) (28 March 1861 to 12 Oct.1907)
Param Guru Sarkar Sahab (Sri Kamta Prasad Sinha) (12 Dec.1871 to 07 Dec.1913)
Param Guru Sahabji Maharaj (Sir Anand Sarup Kt.) (06 Aug.1881 to 24 June 1937)
Param Guru Mehtaji Maharaj (Rai Sahab Gurcharan Das Mehta) (20 Dec.1885 to 17 Feb.1975)
Param Guru Dr. Lal Sahab (Dr.(Prof.) Makund Behari Lal) (31 Jan.1907 to 05 Dec.2002)
PRESENT SPIRITUAL LEADER : Param Guru Dr.Satsangi Sahab (Dr.(Prof.) Prem Saran Satsangi) Acclaimed in May,2003
The present Guru is retired Academic Dean of Indian Institute of Technology (IIT), Delhi.

Star Monument at Radha Swami Satsang, Dinod
The Radha Swami faith was started by Param Sant Shiv Dayal Singh ji on Basant-Panchami day (a spring festival) in January 1861. He manifested himself in a respectable family of Khatris at Agra on August 24, 1818. Radha Swami faith is built on the preachings of perfect Saint or true Guide and Preceptor Param Sant Shiv Dayal Singh ji. The Radha Swami gurus carried his work forward.[1]
The Radha Swami satsang at Dinod was founded by a real Godman Param Sant Tarachand ji Maharaj. Because of his super-natural powers his name and fame spread to every nook and corner of the world in these thirty-eight years. For his holy cause he visited western countries and Europe twenty times. As a result, there are thousands of initiates in Canada, U.S.A, U.K. and Mid-east countries.
Param Sant Kanwar Saheb ji Maharaj is the present master/guru in Dinod Dham Ashram. He was born on March 2, 1948. His first meeting with his guru had a great phenomenal effect upon him. He declared that I will not return home and will breath my last in his Dinod Ashram. Dinod is a village located in Distt. Bhiwani, State Haryana.
Spiritual gurus in Radha Swami Satsang, Dinod lineage:

Star Monument at Radha Swami Satsang, Dinod
Holy Samādhi of Param Sant Tarachand ji Maharaj fondly called 'Bade Maharaj ji' by his followers is given a beautiful shape of Star monument. Star monument is one of the most breathtaking buildings in India. Param Sant Tarachand ji Maharaj. This building is situated in the Radha Swami Satsang bhawan Complex, Dinod, about 10 km from Bhiwani, Haryana.[2]
Its stunning architectural beauty is beyond adequate description. Its foundation was laid on October 1st, 1997 by Param Sant Huzur Kanwar Saheb ji Maharaj. By his blessings it was completed in a very short period of just four years. The monument is a hexagonal pyramid, with its six sides being in the shape of star, as Bade Maharaj ji's first name 'Tara' means a star. Each side measures about 101 feet from the base built on a raised platform measuring about 6 feet. Out of the six, three alternative sides are covered in white marble while the other three in blue Italian glass capable of bearing extreme climatic conditions. A unique thing about the design of this building is that it doesn't have pillars or columns to support itself. The three walls of the Samādhi have prominent stars on them while inside the holy Samādhi there are infinite sparkling and twinkling stars.It seems as if they are scattering the light of divine glory of their eternal offspring friend, Param Sant Tarachand ji Maharaj. Ventilation and cooling techniques are traditional. Fresh air when passes over the fountains is cooled and enters the Samādhi through openings and is expelled through vents at the top. During the humid season, the exhaust fans recycle the air.[2]
The Samādhi is constructed on a rectangular platform in the center. The statue of Bade Maharaj ji is erected near the western wall. Apart from this, there are six paintings depicting the life of Bade Maharaj ji on the six corners of the Samādhi. The marble slippers placed on lotus flower near the Samādhi symbolizes the holy feet of Bade Maharaj ji.
In short, its a celestial palace and real paradise on earth. Its serene beauty is unbelievable.

Radha Soami@ Beas movement begun by:-
At the core of the RSSB philosophy is a belief that there is a spiritual purpose to human life – to experience the divinity of God who resides in all of us. It is through this experience that we will realize the truth of the concept that there is only one God and we are all expressions of his love.
Central to the RSSB philosophy is a living spiritual teacher who explains the purpose of life and guides and instructs members in a method of spirituality based on a daily meditation practice. The present teacher is Baba Gurinder Singh, who lives with his family at the main centre in northern India.

Spiritual gurus in Radha Swami Satsang, Saidpur lineage:
Sant Rasila Ram ji died on the Saturday morning of 30/07/2011. He had appointed Sant Subash Chander Singh Ji as his successor at Dera Saidpur, according to news published in The Daily Punjabi Ajit and Jagbani.

Science of the Soul Research Centre is a registered charitable Society based in New Delhi, India. Its main objective is to promote a sense of brotherhood and communal harmony for the betterment of humanity. One of the ways the Society tries to meet this objective is to conduct research into the spiritual literature of various systems of belief and schools of thought. The Society's aim is to help eradicate bias, prejudice, ill-will, and acrimony between people by revealing their common spiritual heritage and thus forging bonds of empathy and fellowship, the building blocks of love and understanding.
Science of the Soul Research Centre also acts as the international mail order book seller for Radha Soami Satsang Beas (RSSB). A non-profit charitable Society, RSSB publishes books about a path of inner development under the guidance of a spiritual teacher. The path is non-sectarian and incorporates a meditation practice, adherence to a vegetarian diet, abstinence from intoxicants, and a moral and ethical lifestyle.
Books From SSRC