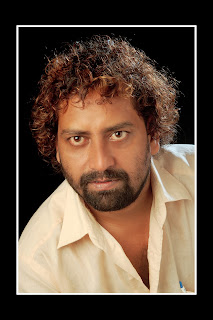 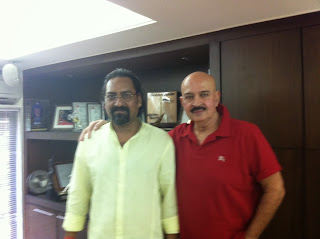 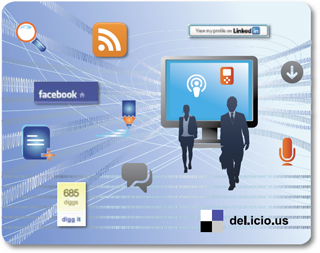 Journalism as a craft, a profession

School of DistanceEducation History ofJournalism
5
Unit-I
INTRODUCTION
ORIGIN OF JOURNALISM
Journalism as a craft, a profession and even
as a trade or business, is over two centuries old.It
was made possible bycoming together of a number
of technologies as well as several social
andpolitical and economic developments.Themain tec
hnologies that facilitated thedevelopment of
large-scale printing anddistribution of print material were theprinting press and the railways.
As a craft Journalism involvessp
ecialisation in one area (editorial, design, printing); for the
reporters and thesub-editors for instance, it entails writing toa deadline, following routines in
aconveyor-belt like workplace, whilerespecting the division of labour in thenewsroom and the
printing press. In earlier times, knowledge of ty
pe writing and shorthand were the main skills
demanded; today computing and DTP skills are in demand for all areas of Journalism.Also the
divisions among thedifferent areas have become blurred.
Difference between Journalism and Other Professions
As a profession it is markedly differentfrom ot
her established professions likelaw, medicine,
engineering, managementor teaching.While the
established professions requiresome specialised
educationalqualifications and training to be re
cruitedto them, Journalism doesnot make anysuch
requirement essential.There is no bar to an
yone entering theprofession no matter what ones
educational background or professionalexperience
is. From the very beginningJournalism (like the
other mediaprofessions such as Advertising,
PublicRelations, Film, Television, Theatre,
andPublishing) has been and still remains, an ope
n profession.Further, Journalism has no distinct
body of knowledge that defines the profession andm
arks its relationship with its clients (readers,
advertisers, advertisingagencies, public relati
ons officials’ andothers
) and other professions.
Debate over journalism
Opinions vary on whether journalism is acalling
, a public service, anentertainment, a cultural
industrymotivated by profit, or a tool fo
r propoganda, public relations and advertising.
Answers to the doubts
Journalism can be a combination of all these or each of this separately.Opinions are not sovaried
about the other professions. As a business and tr
ade, Journalism involvespublishing on a regular
basis for profit, withnews considered as the primar
y product.Hence the need to attract advertisers,
andreaders, through marketing strategies wh
ichfocus on circulation and readership.
What is Journalism?
The word JOURNALIST ́, JOURNAL ́and
JOURNALISM ́ is derived from theFrench
JOURNAL ́, which in turn comesfrom th
e Latin term ‘DIURNALIS ́ or ‘DAILY ́.

School
of
Distance
Education
History
of
Journalism
6
Journalism is a form of writing that tells pe
ople about things that reallyhappened, but that they
might not have known about already.People who write journalism are called “journalists.” They
might work at newspapers,magazines, and websites
or for TV or radio stations.The most important
characteristic shared by good journalists is
curiosity
. Good journalistslove to read and want to find
out as much as they can about the world around them.
Journalism comes in several different forms:
I. News
A. Breaking news: Telling about an event as it happens.
B. Feature stories: A detailed look at some
thing interesting that's not breaking news.
C. Enterprise or Investigative stories: Storie
s that uncover information that few people knew.
II. Opinion
A. Editorials: Unsigned articles that express a publication's opinion.
B. Columns: Signed articles that express the writer's reporting and his conclusions.
C. Reviews: Such as concert, restaurant or movie reviews.
Online, journalism can come in the forms listed above, as well as:
●
Blogs: Online diaries kept by individuals or small groups.
●
Discussion boards: Online question and answer pages where anyone can participate.
●
Wikis: Articles that any reader can add to or change.
The best journalism is easy to read, and just sounds like a nice, smart person telling you
somethinginteresting.
Reporting
How do you get the facts for your news story? By reporting!
There are three main ways to gather information for a news story or opinion piece:
1. Interviews: Talking with people who know something about the story you are reporting.
2. Observation: Watching and list
ening where news is taking place.
3. Documents: Reading stories, reports,
public records and other printed material.
The people or documents you use when reporting a story are called your “sources.” In your story,
youalways tell your readers what sources you've used. So you must remember to get the exact
spelling ofall your sources' names. You want everything in your story to be accurate, including the
names of thesources you quote.Often, a person's name is not enough information to identify them in
a news story. Lots of people havethe same name, af
ter all. So you will also want to write down your
sources' ages, their hometowns,their jobs and any ot
her information about them that is relevant to

School
of
Distance
Education
History
of
Journalism
7
the story.Whenever you are interviewing someone, observing something happening or reading
about something,you will want to write down the answers to the “Five Ws” about that source:
●
Who
are they?
●
What
were they doing?
●
Where
were they doing it?
●
When
they do it?
●
Why
did they do it?
Many good reporters got their start by keeping a
diary. Buy a notebook, and start jotting down
anythinginteresting you hear, see or read each day. You might be surprised to discover how many
good storiesyou encounter each week!
Writing
Here are the keys to writing good journalism:
●
Get the facts. All the facts you can.
●
Tell your readers where you got every bit of information you put in your story.
●
Be honest about what you do not know.
●
Don't try to write fancy. Keep it clear.
Start your story with the most important thing that happened in your story. This is called your
“lead.” Itshould summarize the whole story in one sentence.From there, add details that explain or
illustrate what's going on. You might need to star
t with somebackground or to “set the scene” with
details of your observation. Again, write the stor
y like you weretelling it to a friend. Start with
what's most important, and then add background or details as needed.
When you write journalism, your paragraphs will
be shorter than you are used to in classroom
writing.Each time you introduce a new source, you will start a new paragraph. Each time you bring
up a newpoint, you will start a new paragraph. Again, be sure that you tell the source for each bit of
informationyou add to the story.Whenever you quote someone's exact words, you will put them
within quotation marks and provide“attribution” at
the end of the quote. Here's an example:“I think
Miss Cherng's class is really great,” te
n-year-old McKinley student Hermione
Grangersaid.Commas go inside the closing quote mark when you are providing
attribution.Sometimes, you can “paraphrase” what a source says. That means that you do not use
the source's exactwords, but reword it to make it s
horter, or easier to understand. You do not use
quote marks around aparaphrase, but you still need to write who said it. Here's an example:Even
though the class was hard, students really liked it,
McKinley fourth-grade
r HermioneGranger said.
Journalism
is a work of collecting, writing, editing and publishing material in newspapers and
magazines or on television and radio for general inform
ation. In a broader sense, it also refers to
works of persons professionally involved in
mass communications, a
dvertising, and public
relations.

School
of
Distance
Education
History
of
Journalism
8
Journalism in its limited sense of reporting incide
nts and dissemination of information was there in
Bengal and other parts of India even in ancient and
medieval periods. In ancient India, inscriptions
engraved on rocks or pillars served as a medium of information. Emperor Asoka, for example, had
his Rock Edicts and Pillar Edicts posted all over his empire and even beyond. He engaged spies and
overseers to collect information. During the Sultanate period, the
Barid-i-Mamalik
or commissioner
of intelligence used to serve the authorities with the information of the empire. The
munhis
or spies
of Sultan Alauddin Khalji communicated even the most trivial things to the Sultan. The Mughal
government had a network of news-services-the
waqai-navis, sawanih-navis,
and
khufia-navis
. In
addition to them there were
harkarah
and
akhbar-navis
for serving the royalties with general
information. The
bhats, kathaks
and
narasundars
provided the people with social and cultural
information. However, due to despotic form
s of government and impossibility of reporting
objectively, the proto-journalism of Mughal Bengal
could never grow into journalism in its proper
sense.
Journalism with its modern characteristics originat
ed from Europe in the eighteenth century. Due to
colonial reasons, however, it began in Bengal ahead of all countries of Asia. The history of modern
journalism in Bengal was inaugurated by Augustus Hicky by publishing a weekly journal, Hicky's
Bengal gazette, at Calcutta in January 1780. An advertisement of the paper read, "A weekly
political and commercial paper opens to
all parties, but influenced by none".
The year 1818 marks the beginning of Bengali journa
lism. This year witnessed the publication of
three Bangla newspapers-
Bengal Gazeti (
Calcutta)
,
Digdarshan
(
Calcutta)andSamachar
Darpan(Serampore)
. Bengal Gazeti
is said to have been published first which was followed by
Samachar Darpan
and digdarshan. The first Bangla newspaper,
Samachar Darpan,
was published
from serampore in 1818. The first weekly within the territory of today's Bangladesh,
Rangpur
Bartabaha,
was published in 1847 from rangpurand the first weekly from Dhaka,
Dacca News,
was
published in 1856. The long lasting Dhaka prakashwas first published in 1861 and
Dhaka Darpan
in 1863.
Journalism as a profession took a new turn from the beginning of the twentieth century. Nationalist
agitation, rise of Muslim nationalism, the Firs
t and Second World Wars and the introduction of
representative government contributed to the rapi
d increase in newspaper readership. The Partition
of Bengal in 1947 and emergence of Dhaka as the
capital of East Bengal was another important
factor that contributed to the growth of journalism in Eastern Bengal. At present, about 1,800
newspapers and periodicals are published from different
parts of Bangladesh. It speaks of a massive
development in the field of journalism since 1947.
Until very recently, journalism was practised by people who rarely had any formal training in the
profession. The craft of journalis
m is learnt through apprenticeship and long association with the
profession. Training in journalism originates from
the USA and now it is an established institution
in Bangladesh as well. Most universities of the
country teach journalism and related subjects in
independent departments. In addition to this, journalism is taught and journalists are trained in
several public institutes and centres.
Journalists have general and branch-wise associa
tions not only for promoting professional interests
but also for developing professiona
l potentialities and ethics. In Bangladesh, most journalists are
members of professional trade unions that work
as pressure groups in protecting their rights and
प्रस्तुतकर्ता ASBAbalnews.blogsport.com पर 7:36 am कोई टिप्पणी नहीं: